To share your memory on the wall of Bill Fosten, sign in using one of the following options:

Bill was joined in holy matrimony to Cordelia Roberts on November 09, 1957, and to this union, five children were born, Darlene, Linda, Joe Ann, Teresa and Michael.

On July 23, 2019, our Heavenly Father called our father, brother, nephew, cousin, and friend home to be with the Lord. He was preceded in death by both parents, and a brother, George Fosten.

To send flowers to the family or plant a tree in memory of Bill Fosten, please visit our Heartfelt Sympathies Store.

Receive notifications about information and event scheduling for Bill

We encourage you to share your most beloved memories of Bill here, so that the family and other loved ones can always see it. You can upload cherished photographs, or share your favorite stories, and can even comment on those shared by others.

Valarie Givan-Martin sent flowers to the family of Bill Fosten.
Show you care by sending flowers

Posted Jul 31, 2019 at 04:08pm
Praying for comfort for tahe Fosten Family! With deepest sympathy from the family of the Late Eric Givan (Wayne, Brenda, Val, Juan, and Yvette).

Posted Jul 31, 2019 at 09:43am
Please accept our heartfelt condolences on the loss of your loved one.

Flowers were purchased for the family of Bill Fosten. Send Flowers

Posted Jul 29, 2019 at 07:48pm
Our thoughts and prayers are with you and your family Teresa. Love your Taddas Fitness Center Personal Training Family

Flowers were purchased for the family of Bill Fosten. Send Flowers 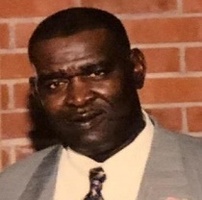