To share your memory on the wall of Bobby Williams, sign in using one of the following options:

He was born on January 29, 1935, to the late, Luke and Daisy Williams in Willard, NC. His childhood was spent in North Carolina, and at the age of nineteen, he entered active military duty and honorably served in the United States Army from February 1954 to January 1956. After leaving the military, his primary profession was that of a truck driver.

In the later years, he moved to Georgia, to be near his son, Aaron, stationed at Fort Stewart, and found work as a truck driver and mechanic. Mr. Bobby liked living in Georgia, and became a friend to many. He was self-employed as a taxi driver and became a resident of Ludowici, Georgia.

He had joined St. Thomas AME Church in Walthourville, Georgia, under the leadership of Pastor A. Grant, in 1992. There, Mr. Bobby served as a Trustee on the Finance Committee. In 1995, he became a long-term member of St. James Baptist Church in Ludowici, Georgia, under the leadership of Pastor A. Gundy and Pastor J. Evans, where he gave devoted and reliable services as the church grounds keeper and bus driver for church services.

He leaves to celebrate his memory: his sons: Aaron Williams, Sr. (Annette), and Bobby D. Williams, Jr., both of North Carolina; his step daughters, Elaine P. Richardson (Tony) of Michigan and Jerritt D. Williams of North Carolina; his step son, Randy Collins (Gloria) of Georgia; a forever friend, Emma L. Williams; and a host of grandchildren, great grandchildren, and nieces. He will be greatly missed by his family and friends.

To send flowers to the family or plant a tree in memory of Bobby "Mr. Bobby" Williams, please visit our Heartfelt Sympathies Store.

Receive notifications about information and event scheduling for Bobby

Print
His final resting place will be in North Carolina. Arrangements will be entrusted to Hawes Funeral Home, 115 N. Pershing Street, Warsaw, N.C. 28398

We encourage you to share your most beloved memories of Bobby here, so that the family and other loved ones can always see it. You can upload cherished photographs, or share your favorite stories, and can even comment on those shared by others.

Posted Aug 11, 2020 at 10:47pm
Uncle Bobby was one of my favorite uncles growing up in Philadelpia as a little girl we spent a lot of time at his house. Later as I grew up we got a kick out of how he could eat corn on the cob and not leave anything after having his teeth pulled. Unc you will be missed. Sleep in Peace, love ya always.

Posted Aug 11, 2020 at 07:53am
Bobby was a great bother n law 2 me..he was my side kick.and my encouragement..during the years I've known him..when I was going through a triumph time..he was there all the way ....sleep on bobby(BW) take your rest..we all love you..but indeed God love you best....ESSIE.
Comment Share
Share via:
ER 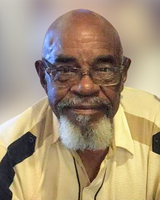 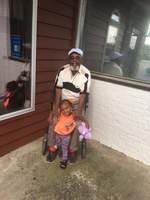 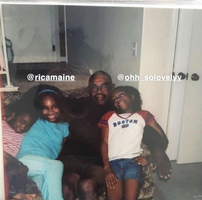