To share your memory on the wall of Charles Nester, sign in using one of the following options:

Charles M.J. Nester, native son of Pottstown, Pennsylvania, currently of Iesup, GA,
passed away peacefully on Sunday afternoon, October 20, 2019, surrounded by family.
He was the son of Raymond Franz Nester and Anne Theresa (Kuback) Nester,
both natives of Pottstown, PA. He is survived by his wife of 31 years, Anne M.
(Krauthauser) Nester, also originally from Pottstown, PA and currently of Jesup, Ga,
their 3 daughters at home, Annie, Lizzie and Emily, his adult children of a prior marriage,
Christopher Nester of Collegeville, PA, Andrea McMenamin of Morgantown,
PA, and Charlyanne Nester of Coatesville, PA, a brother, Raymond D. Nester, of
Pottstown, PA, as well as six grandchildren.

Charles served in the U.S. Active Army Reserves for 25 years, retiring in 1996
as a Lieutenant Colonel and had received several commendations, including the
National Defense Service Medal and the Army Commendation Medal. He also
worked for 27 years in the Chester County Public Defender's Office in West
Chester, Pennsylvania before retiring in 2004 as First Deputy Public Defender.
Charles continued his law practice as Wayne County Public Defender in Jesup
Georgia from 2005-2008 before being recruited for the Georgia Capital Defender's
Office from 2008-2011. Charles also maintained a private practice with his brother
Raymond in Pottstown, PA until moving to Jesup, GA in 2005.

In lieu of flowers, please make a donation to the ASPCA in the name of
Charles M. J. Nester & Family, Charles was a lover of all animals.
Read Less

To send flowers to the family or plant a tree in memory of Charles Nester, please visit our Heartfelt Sympathies Store.

Receive notifications about information and event scheduling for Charles

We encourage you to share your most beloved memories of Charles here, so that the family and other loved ones can always see it. You can upload cherished photographs, or share your favorite stories, and can even comment on those shared by others.

Flowers were purchased for the family of Charles Nester. Send Flowers 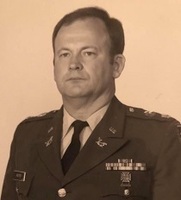