To share your memory on the wall of Derek Perry, sign in using one of the following options:

He leaves a legacy of treasured memories that could never be bought or sold. Among those who shared these treasures are his parents, Dr. Dolores and Wendell H. Mallard, Jr.; his siblings, Wendell Jerrel Mallard and Brittany (Robert) Jackson; his grandmother, Ruth D. Johnson; three uncles, Paul (Gerri) Baker, Wilbur Johnson and Gregory A. Derry, who preceded him in death.; a devoted cousin, Andrael Mallard and a host of nieces, nephews, cousins and other relatives who will miss him dearly.
Read Less

To send flowers to the family or plant a tree in memory of Derek "Doc & Mic Dangerous" Perry, please visit our Heartfelt Sympathies Store.

Receive notifications about information and event scheduling for Derek

We encourage you to share your most beloved memories of Derek here, so that the family and other loved ones can always see it. You can upload cherished photographs, or share your favorite stories, and can even comment on those shared by others.

Thaddius Qualls, Perry Bacon, and other have sent flowers to the family of Derek "Doc & Mic Dangerous" Perry.
Show you care by sending flowers

Posted Jul 09, 2019 at 02:56pm
The Brothers of Gamma Mu: We love and will miss you. "Brother Yam Yam", you are now flying . You always talked about walking in heaven. Well done!

Perry Bacon purchased the The FTD Comfort Planter for the family of Derek Perry. Send Flowers

Posted Jul 08, 2019 at 11:52am
Wishing you peace to bring comfort, courage to face the days ahead and loving memories to forever hold in your hearts. 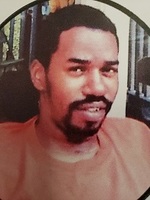