To share your memory on the wall of Gayle Davis, sign in using one of the following options:

She was preceded in death by both parents, Alonzo and Lilus, and a brother, Felton Hannan.

To send flowers to the family or plant a tree in memory of Gayle Davis (Melton), please visit our Heartfelt Sympathies Store.

Receive notifications about information and event scheduling for Gayle

We encourage you to share your most beloved memories of Gayle here, so that the family and other loved ones can always see it. You can upload cherished photographs, or share your favorite stories, and can even comment on those shared by others.

Posted Apr 07, 2020 at 08:51pm
The Mitchells send our deepest condolences and prayers in this time of need! May the Great I Am cover you and provide you peace! R.I.H Miss Gayle!

Posted Apr 07, 2020 at 04:34pm
I am very sad today but we all have our appointed time. What a beautiful, precious, and loving classmate (Gayle Melton) was but most of all you will be truly missed. When I would see you, your smile and laughter would brighten up my day, so bye Gayle for now until we meet again. To the family may God grant you peace and strength during the time of your loss. Gwendolyn Stafford Linder, Class of 76.
Comment Share
Share via: 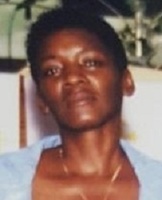