To share your memory on the wall of Jesse Green, sign in using one of the following options:

Jesse received his education in the Charlton County School System and was a proud member of the
graduating class of 1986. After completing high school, Jesse worked 15 years with MDI on the naval
base at Kings Bay. Other employment included, being a summer recreational provider and driver for the
Summer Lunch Program. He was currently employed by Source 4 Teachers, as a substitute teacher
within the Charlton County School System.

In 1995, Jesse accepted the Lord as his personal Savior at Saint Matthew Baptist Church under the
leadership of Rev. Dr. Larry Curry. He became an active member of the body of Christ and joined the
Usher Ministry. In 1996, he married the love of his life, Tracy Ford, and they reared three children. In
1998, he was appointed and ordained a deacon. In 2001, Jesse was called into ministry and accepted his
call with pleasure. He loved studying, teaching, and ministering the Word of God. One of his greatest
joys was to witness and compel others to be saved. Jesse was elevated to Saint Matthew’s Youth Pastor
in June 2003. His young members often referred to him as “Uncle Duke” because he had a love and
compassion for reaching them at their level. Elder Green spent many hours counseling, transporting,
and supporting his youth as they participated in various extracurricular school activities. As youth
pastor, he oversaw many church related youth activities, becoming actively involved in the lives of his
young charges. Elder Jesse completed his ministerial studies at the Florida Seminary in 2017.

Besides loving the Lord, his family and friends, Duke was a sports enthusiast. He loved many sports and
was an avid Dallas Cowboys fan.

To send flowers to the family or plant a tree in memory of Jesse "Duke" Green Jr., please visit our Heartfelt Sympathies Store.

Receive notifications about information and event scheduling for Jesse

We encourage you to share your most beloved memories of Jesse here, so that the family and other loved ones can always see it. You can upload cherished photographs, or share your favorite stories, and can even comment on those shared by others. 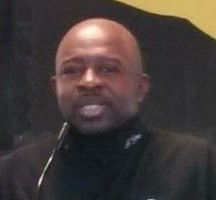