To share your memory on the wall of Rebecca Ferguson, sign in using one of the following options:

Her employment history extends back to working at Coastal Georgia Area Community Action Authority, she was an educator at Risley Middle School where she taught English Language Arts and Social Studies before retiring from the Glynn County School System in 2007. Rebecca was a former member of Christ Is All Christian Center under the leadership of Pastor Maurice Roberts in Brunswick, Ga. Rebecca loved crocheting, reading, working puzzles, cooking and spending time with her family.

Rebecca was preceded in death by both parents, Eli and Agnes Smith-Noble, Sr. and three siblings, Elizabeth Noble-Stewart, Kathy Noble-McCormick and Terry Adams.

To send flowers to the family or plant a tree in memory of Rebecca Ferguson (Noble), please visit our Heartfelt Sympathies Store.

Receive notifications about information and event scheduling for Rebecca

We encourage you to share your most beloved memories of Rebecca here, so that the family and other loved ones can always see it. You can upload cherished photographs, or share your favorite stories, and can even comment on those shared by others.

Michael A Bryant Sr sent flowers to the family of Rebecca Ferguson (Noble).
Show you care by sending flowers

Flowers were purchased for the family of Rebecca Ferguson. Send Flowers

Posted Aug 14, 2019 at 06:30am
Wishing you peace to bring comfort, courage to face the days ahead and loving memories to forever hold in your hearts. Your loving cousins. 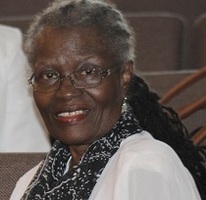