To share your memory on the wall of Saint Miller, sign in using one of the following options:

The Lord saw that Saint Clair had grown weary of this old world and called him home to be with Him on Sunday, November 10, 2019, at his residence surrounded by his loving wife and family.

He was preceded in death by both parents, Saint Clair, Sr. and Shellie McCoy-Miller; his son, Al Miller, Sr., a sister, Viola Hall, and a brother in-law, Joe Hamilton.

To send flowers to the family or plant a tree in memory of Saint Miller, please visit our Heartfelt Sympathies Store.

Receive notifications about information and event scheduling for Saint

We encourage you to share your most beloved memories of Saint here, so that the family and other loved ones can always see it. You can upload cherished photographs, or share your favorite stories, and can even comment on those shared by others.

Barbara Rome and Dolor Grace your first cousin in ToledoOhio

Posted Nov 14, 2019 at 06:03pm
i'm sorry that we are unable to be there with the family at this time but i'm sending a memorial tree for a life time 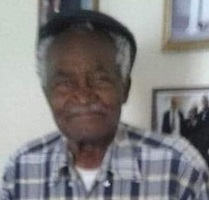