To share your memory on the wall of Willie Harris, sign in using one of the following options:

Print
...to everything there is a season a time and a purpose...

Parents: Emanuel Harris & Gertie... Read More
...to everything there is a season a time and a purpose...

Education: He was educated at Wayne County Training School and graduated in the class 1957.

Profession: He retired from ITT Rayonier after 29 years, after retiring he worked for The Wayne County School System as a Custodian at Jesup Elementary School. He was also employed at St. Paul's Episcopal Church for 50 years as the Sexton.

A Time to Love: He was joined in holy matrimony to Thelma M. McKinnon on December 21, 1962. True to his vows “til death do us part” this union lasted for 57 years.

A host of sorrowing relatives and friends
Read Less

To send flowers to the family or plant a tree in memory of Willie "Jerome" Harris, please visit our Heartfelt Sympathies Store.

Receive notifications about information and event scheduling for Willie

We encourage you to share your most beloved memories of Willie here, so that the family and other loved ones can always see it. You can upload cherished photographs, or share your favorite stories, and can even comment on those shared by others.

Posted Dec 26, 2019 at 01:58pm
Wishing you peace to bring comfort, courage to face the days ahead and loving memories to forever hold in your hearts.

The FTD Comfort Planter was purchased for the family of Willie Harris. Send Flowers 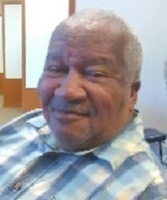