To share your memory on the wall of Anthony Scott, sign in using one of the following options:

To send flowers to the family or plant a tree in memory of Anthony Scott, please visit our Heartfelt Sympathies Store.

Receive notifications about information and event scheduling for Anthony

We encourage you to share your most beloved memories of Anthony here, so that the family and other loved ones can always see it. You can upload cherished photographs, or share your favorite stories, and can even comment on those shared by others.

Posted Dec 14, 2019 at 08:22pm
My deepest condolences to The entire family, Anthony lives on in his children and grandchildren. May the lord comfort you during this difficult time.
Love the Gatewoods

Posted Dec 10, 2019 at 03:23pm
To a childhood friend that left life long memories. I am so saddened to hear of your passing, but encouraged by the legacy you have left behind. Although we have not spoken in many years, the vivid memories of you, Travis, Oswald who were like the brothers I never had have never been forgotten. May you rest well, may your family be encouraged to know you lived a life well done. May God bless your family and friends and know that you are always with them. "Weep not for I am not dead, I'm resting on the breast of Jesus"....Langston Hughes Thank you for being an intricate part of my life earlier on, you were not and will not be forgotten. Much love to you above....Suzette Davis
Comment Share
Share via: 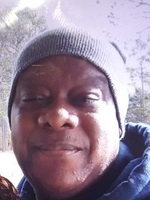